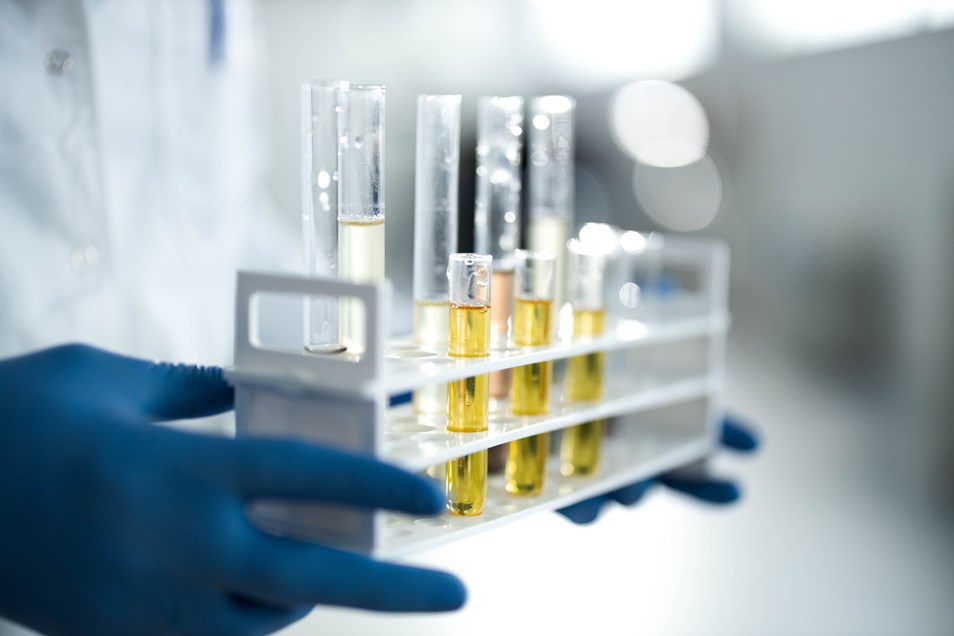 Oxford, United Kingdom – 6 April 2022 – OMass Therapeutics (‘OMass’ or ‘the Company’), a biotechnology company identifying medicines against highly validated target ecosystems, is pleased to announce that its founder, Professor Dame Carol Robinson and her team, published a paper in Nature1 on the 6th of April. The paper, for the first time, shows the power of native mass spectrometry in capturing a G protein-coupled receptor (GPCR) signalling cascade in a native membrane environment.

“Our results not only reveal the impact of the native lipid environment on rhodopsin signalling and regeneration but also enable us to propose a new paradigm for GPCR drug discovery in native membrane environments” concluded Dame Carol Robinson, Professor of Chemistry and Director of the Kalvi Institute for Nanoscience Discovery, University of Oxford.

Native mass spectrometry is a core element of OMass’ proprietary technology platform, OdyssION™, which also integrates novel biochemistry techniques and custom chemistry. It allows OMass to interrogate not just a drug target but also how the protein interacts with its native ecosystem, separate from the confounding complexity of the cell. Professor Robinson has pioneered the field of mass spectrometry and established it as a method to analyse proteins in their native state.

This latest research proposes a new use of native spectrometry through the characterization of GPCR targets utilizing native membrane environments as opposed to purified proteins.  The signalling cascade for an archetypal class A GPCR, rhodopsin, was conserved across its native membrane, with all of its signalling pathway (protein, downstream effectors, cofactors and lipids) able to be ejected simultaneously. In addition, changes associated with the signalling cascade and rhodopsin’s response to photon activation were captured in real-time.

This new research highlights the vast potential and benefits of OMass’ OdyssION™ platform over other drug discovery methods, such as cell-based assays or cell-free approaches. In particular, the ability to interrogate a native ecosystem with high precision and the ability to link binding and function. This was demonstrated by the ability to detect the impact of the native lipid environment on rhodopsin signalling and regeneration and further characterising the mechanisms of multiple rho-targeting molecules.

Professor Dame Carol Robinson, Chair of OMass’ Scientific Advisory Board and Founder, added: “Mass spectrometry can be an under recognized tool in drug discovery, but I truly believe that it will play a major role in the industry for years to come. The latest evolution of the technology is exciting, and I believe can redefine how new drugs that target membrane proteins are identified.”

Dr Ali Jazayeri, OMass CSO, commented: “Congratulations to Carol and her team. Her research continues to push the boundaries of native mass spectrometry in drug discovery. This exciting development further demonstrates the vast potential that this technology can have in the pursuit of new drugs targeting membrane proteins. Carol’s commitment to developing this technology will continue to shape how we can best utilize our OdyssION™ platform in identifying novel medicines against intractable or inadequately drugged membrane proteins and ultimately, have the biggest impact on patients.”

The full manuscript ‘Capturing a rhodopsin receptor signalling cascade across a native membrane’ can be found here.

OMass Therapeutics is a biotechnology company identifying medicines against highly validated target ecosystems such as membrane proteins or intracellular complexes. The Company’s unique technology platform, OdyssION™, comprises novel biochemistry techniques, next generation native mass spectrometry and custom chemistry. This allows OMass to interrogate not just the target but how it interacts with its native ecosystem, separate from the confounding complexity of the cell. The result is cell-system fidelity with cell-free precision. OMass is advancing a pipeline of small molecule therapeutics in rare diseases and immunological conditions, targeting solute carriers, complex-bound proteins and GPCRs.

Headquartered in Oxford, UK, OMass is backed by a top-tier investor syndicate, Syncona and Oxford Science Enterprises, having closed a ~$60m Series A funding.

Carol Robinson is the Dr. Lee’s Professor of Chemistry, the Founding Director of the Kavli Institute for Nanoscience Discovery at Oxford and a Founder of OMass Therapeutics. She was appointed Dame Commander of the Order of the British Empire in 2013 for her contribution to the field of mass spectrometry and research into the 3D structure of proteins and their complexes. She is a leading expert in the field and prior to leaving for the University of Oxford, became the first female Professor in Chemistry at the University of Cambridge in 2001. She holds ten honorary degrees, is a fellow of the Royal Society and is a Foreign Associate of National Academy of Sciences USA. In recognition of her innovation in native mass spectrometry, she has been awarded the 2022 Louis-Jeantet Prize for Medicine, the 2022 Benjamin Franklin Medal in Chemistry and the 2022 European Chemistry Gold Medal from the European Chemical Society.